Rage Rooms: The Cure For Handling The Pandemic in CNY? 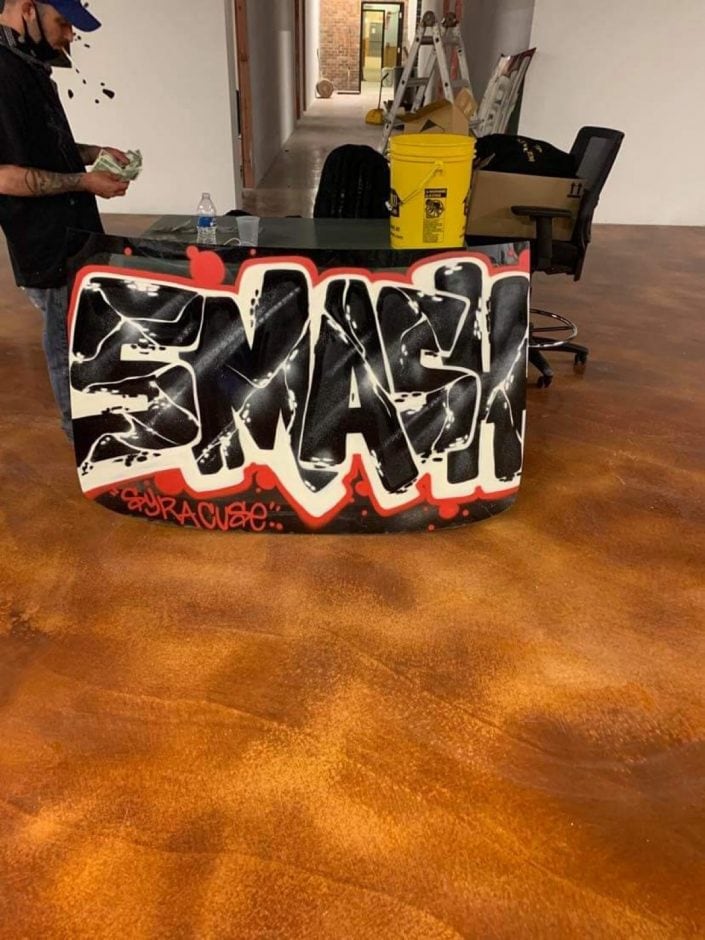 ROCHESTER, N.Y. (NCC News) – Over the past year, the pandemic has impacted everyone’s lives in some way. Many people were either effected physically by the virus, mentally or both.

Max Putter, a 5th grader from Central New York, has had an extremely difficult time this past year and is looking forward to the future.

“I am excited for this pandemic to end so I can resume my normal life. I can’t take the anxiety anymore,” Putter said. “I hate how my life just went on pause.”

Similar to Putter, many kids, teenagers, adults and elderly are hoping for a positive and “normal” future.

But how are people currently coping with their stress, anxiety and frustrations?

Rage Rooms. Coming soon to Syracuse, there will be a place where you can literally pay to smash glass, electronics, and everyday household items. For as little as a dollar a minute, you can safely release your frustrations that have been building up over the past year.

Smash Therapy supplies its customers with unlimited access to breakables, safety equipment and a weapon of their choosing, such as a bat, crowbar or sledgehammer.

Owner of Smash Therapy in Rochester and Syracuse N.Y., Steven Shortino, said he has seen many customers personalize the experience and rage in unique ways.

“Some of the unique things would be, people bringing pictures and taping them on things,” Shortino says. “I had a company in, and they had printed out a bunch of things in their office that had made them angry and pictures of things that have bothered them from COVID. It was very interesting and different.”

These facilities are popping up all around the United States and have turned into extremely profitable businesses.

Smash Therapy in Rochester is the most well-known and popular rage room in New York. Due to its success, Shortino is opening up a second at Destiny USA in Syracuse.

Although the idea of paying to throw a temper tantrum may seem as therapeutic as it is fun, it might not be the safest way to release built up anger.

“I wouldn’t say it’s the safest thing in the world,” Shortino said. “But you would be surprise, we get very few injuries. Like a lot less than people think.”

Many medical professionals are strongly against the use of “rage rooms” for those struggling with rage and mental health issues.

Clinical psychologist, Dr. Melissa Kaplowitch of Salem University said rage rooms are an unrealistic aspect of coping. It reinforces behavior that is not tolerated in the real world.

“I don’t know what kind of safeguards they have in place for someone to turn to the next person and use that weapon on somebody else, or even to take that rage or use that weapon outside of a rage room in a way that is destructive, dangerous, or criminal” Kaplowitch explained.

Kaplowitch argues rage rooms are a form of entertainment and should only be used recreationally. It should not replace therapy or treatment and one should not routinely participate in this activity she says.

PrevPreviousWhat is a Smash Room
NextDeemed too noisy, Rochester-based rage room pulls out of Destiny USANext