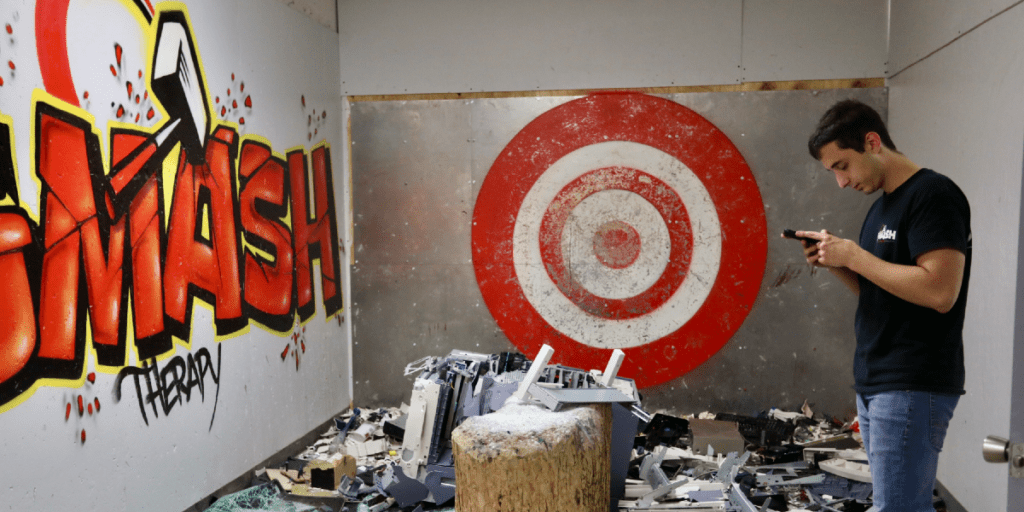 Steven Shortino, founder and creator of Smash Solutions, found a way to turn rage into cash. After years of studying safety features, designs, and other important aspects of developing and maintaining a rage room as a business, he has finally found a sustainable way to run it. And he is getting ready to educate rage room owners through the world’s first online course on the said business.

A rage room, simply put, is a place where people go to break glass and other electronic items just for fun or as a stress buster. While it is considered to be a relatively new type of industry in the country, it has been gaining popularity over time. The challenge for several rage room owners, however, is how to make the business sustainable long-term. Shortino has found the perfect formula and is introducing it in his masterclass on Smash Solutions.

“For nearly two years, I’ve been living and breathing rage rooms. I have learned what mistakes not to make, the most efficient business operations, and everything you need to know before starting. I’ve spent thousands of hours of trial and error as well as thousands of dollars optimizing my own rage room. All of this acquired knowledge will now be available to you, for a fraction of what I’ve paid to get where I am now,” Shortino reveals.

The How to Start a Successful Rage Room online course includes critical and helpful information that is not found anywhere else in the world. The insights included in the course were mostly from the personal experience of Shortino when he was establishing his own rage room Smash Therapy. It is a compilation of several months of experiment and trial and error. As many rage room business owners are faced with difficult questions that they could not find the answers to, Shortino is making it easy for them to get the enlightenment they need.

The course also offers a tested and proven start to finish business plan that uses the same blueprint applied to the development of Smash Therapy. While it is helpful for existing business owners, it will even be more advantageous for those who are only planning to start their own.

Shortino created his first rage room business in Rochester, New York, in October 2018 when he was only 21 years old. It was initially called Smash Therapy. His determination to make his brainchild stand out from the rest of the existing rage room operators in the region eventually spread like wildfire among other business owners. Smash Therapy was not only becoming famous, but it was also very successful. In no time at all, Shortino became an industry leader, and people came to him, asking him for solutions to their rage room issues. Before COVID-19 hit the world, Shortino was smashing over 3,000 lbs of electronics per week. This translated to a completely booked room for 40 hours straight with an average income of $20,000 to $25,000 per month.

Quite interestingly, no other rage room in the country has had the success of attracting over 750 smashers every month like Shortino’s company. This was only made possible through Shortino’s commitment and devotion to the business. He makes sure to stay away from distractions such as drugs and alcohol and works about 80-100 hours a week just to make sure that everything is going smoothly. When something goes wrong, Shortino is immediately on site, looking for a quick remedy to the situation. Everything Shortino does for his company is designed to accomplish three things that include improving the customer experience, saving/making money, and optimizing the facility.

To respond to the ever-growing need for proper guidance in running rage rooms as a sustainable business, Shortino launched Smash Solutions in August 2020. He sees it becoming the leader for online learning in the rage room industry as the world is starting to take notice of its profitability. Shortino is determined to keep Smash Solutions at the forefront of the growing industry.

Learn more about Smash Solutions by visiting its website.