What is a Smash Room 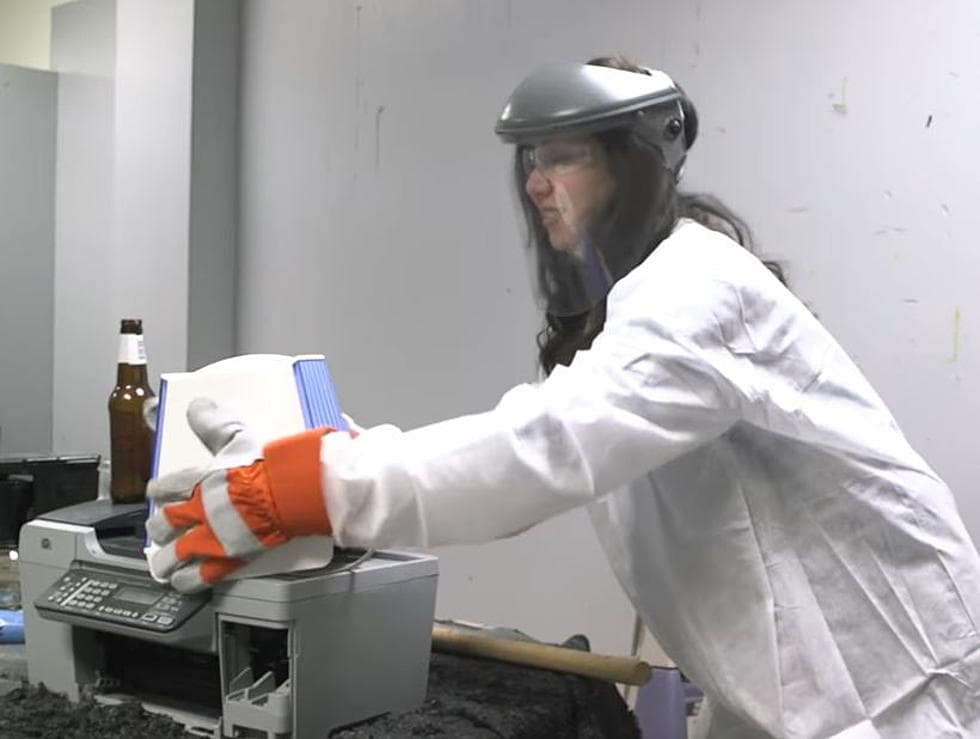 Life is hard and sometimes no matter how hard we try to put on a brave face and hold the pieces together it just gets to be too much. Sometimes we need a way to constructively channel all of the aggression bottled up inside.

If you’ve ever punched at your pillow while screaming or cried yourself to sleep then you know that our bodies need a way to release pent-up stress, anger, and frustration but who wants to break their own belongings? Sure, you might feel really good for a minute or two after smashing all of your dishes but then reality sets in and you realize that you’ve destroyed your things and now have to replace them.

What if you could get out your aggression by breaking someone else’s things? We’re not talking about climbing into your neighbor’s window and smashing their dishes while they sleep or taking a golf club to your boss’s car. We’re talking about visiting a smash room and literally shattering away your anger in a safe environment where breaking things is actually encouraged.

The very first smash room (sometimes called a rage room) was opened in Japan in 2008 and according to Vice, the concept was so well received that the idea has spread to the UK, Serbia, Argentina, and even here to the United States. In 2018, Steven Shortino opened a smash room in Rochester and his business is doing so well there that’s he’s decided to open one in Syracuse.

A smash room is a room that is filled with a variety of things from old television sets to computers, household appliances, and even furniture. Visitors are outfitted in protective gear and then allowed to use “weapons” like baseball bats, sledgehammers, even golf clubs to let their frustrations fly.

Although Shortino hasn’t secured a location for his Syracuse smash room yet, he is confident he will find one in time to open in the spring, telling Syracuse.com that he is looking at a couple of locations on Erie Boulevard and near Destiny USA.

Shortino told Syracuse.com that he expects his smash room to be open Thursday through Sunday with prices starting at $20.00 per person, per session.

If you’re someone who deals with feelings of rage on a regular basis rather than just every once in a while, like following a bad day, keep in mind that the smash room will only offer you temporary relief and that it might not be a bad idea to seek help from a professional in order to sort out your struggles.

Read More: ‘Smash Therapy’ Is the New Place To Smash Away Your Stress | https://981thehawk.com/what-is-a-smash-room/?utm_source=tsmclip&utm_medium=referral

PrevPreviousSmash Therapy rage room will open in Syracuse this spring (video)
NextRage Rooms: The Cure For Handling The Pandemic in CNY?Next